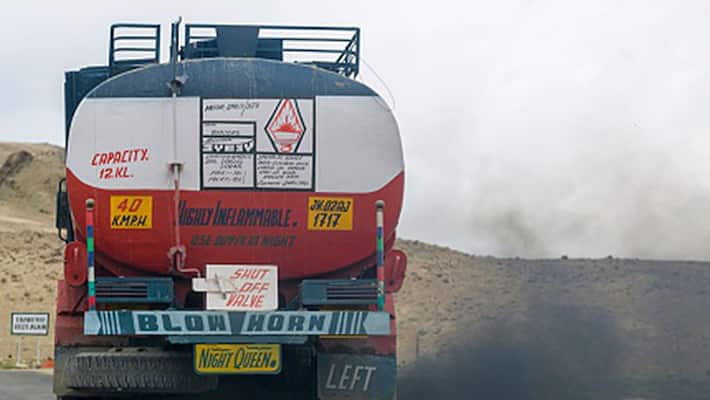 India is one of the most polluted urban inhabitations of the world and it does not need to be on any list to prove how the state of affairs is in the country. We only need to look to the worsening smog and fog conditions in various states of the country.

In an attempt to modernise the existing fleet of vehicles plying on Indian roads, the government will soon make it mandatory for automakers and their agents to buy old and unroadworthy vehicles, and recycle them.

Back in June this year the draft for the new Voluntary Vehicle Modernisation Program, which is also known as the V-VMP plan was made by the ministry of road transport and highways. In this plan, the government was planning to target vehicles older than 10 years to be marked as reasons for pollution.

The new draft rule says once the transport department declares a vehicle unfit it should be sent for recycling. But the final decision will rest on the owner. So there are also plans to incentivise the whole process. “We hope the manufacturer will provide incentives to owners of old cars,” an environment ministry official said. “Around 90 per cent of vehicle components can be reused.” The global norm is to pay the cost of vehicle’s steel to the owner. Regional transport officers have to be empowered to deregister vehicles so that an effective scrapping mechanism can function, the draft says.

Incentivising is the only way, users of old vehicles and pensioners using old cars or truck drivers with old vehicles will not feel unnecessarily targeted. SIAM or the Society of Indian Automobile Manufacturers had put forward a proposal to the ministry highlighting how to go about it:

The reason this demand is gaining ground was because of the implementation of the odd-even scheme in Delhi to reduce vehicular population on the roads and subsequently the diesel vehicle ban. In both these bans the questions regarding vehicles more than 10 years old were raised; the argument was that these vehicles needed phasing out first before blaming diesel vehicles only as pollutants.

Till now what was happening is that old vehicles, including busses, trucks and cars, keep plying on the Indian roads, and until and unless they break down, they are not removed off the streets. They are a major cause of pollution because their fuel systems are not being updated according to the emission norms in regulation.

It must be noted that unlike other countries, India, till now has had no vehicle scrapping policy. It was an industry which till now is being run by the scrap metal and garbage business network in the country.

Now, according to reports, the new rule, which is likely to kick in after the environment ministry notifies it next year, will be on the lines of the recycling policy for electronic goods that fixes responsibility on the manufacturer. This essentially looks at the Extended Producer Responsibility  of the e-waste management rules 2016. It states that : “Authorisation should comprise of general scheme for collection of waste Electrical and Electronic Equipment from the Electrical and Electronic Equipment placed on the market earlier, such as through dealer, collection centres, Producer Responsibility Organisation, through buy-back arrangement, exchange scheme, Deposit Refund System, etc. whether directly or through any authorised agency and channelising the items so collected to authorised recyclers." So automakers will have to find out ways to dispose off their old vehicles as well.

As of now the automakers will get enough time — between one and three years — follow the new norms and set up dismantling and recycling centres across India.