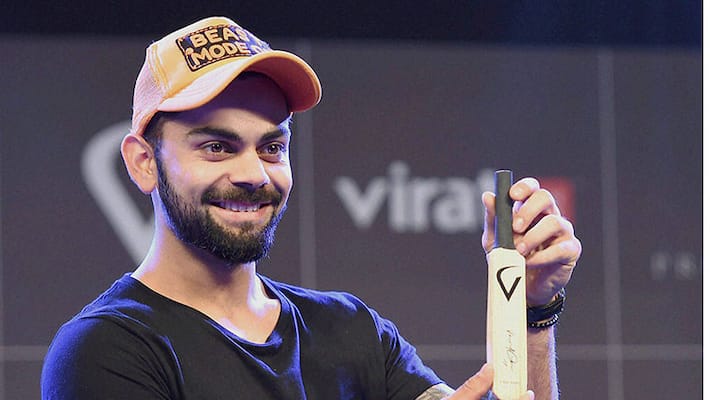 The ICC Test Player Rankings, still led by Australian skipper Steven Smith, has Joe Root and Kane Williamson on No. 2 and No. 3respectively. With this, all the four batsmen who are considered to be the best in the current generation hold a spot in top five of the Test rankings.

More importantly, now it's not just Root and Williamson who rank in the top-10 of all the formats.

The Indian Test skipper, Kohli, who holds the pole position in the T20I rankings, is also present in top-10 of the rankings across formats. He ranks No. 1, 2 and 4 in T20Is, ODIs and Test respectively.

Kohli, who did not even feature in the top of the Tets rankings before the Vizag Test, scored 167 and 81 that helped him earn a huge leap in the standing.

According to the ICC release, India fast bowler Mohammad Shami has gained five places to reach a career-high No. 21 and left-arm spinner Ravindra Jadeja has moved up one position to No. 6 in the ICC Test bowlers rankings that is led by Ravichandran Ashwin.

For England, Stuart Broad (up one place) and Moeen Ali (up four places), have achieved fifth and 23rdpositions, respectively.