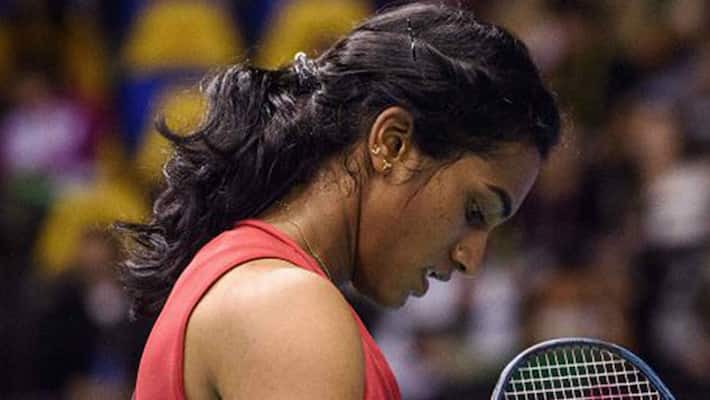 With this win, Ying who lost to Sindhu recently at the Rio Olympics now leads 5-3 in the head-to-head record against the Indian shuttler.

World No. 3 and fourth seed Tzu Ying was in command of the match from the first game itself and produced a near-perfect all-round performance to be ahead 18-11.

She maintained the lead and grabbed the opening game without much of trouble. The Indian, on the other hand, was found wanting in her net-play against a swift-moving rival.

The second game was fought neck to neck almost all the time before Sindhu once again struggled to match the speed and range of Tzu Ying's stroke-play. Tzu Ying's ability to retrieve almost everything that Sindhu threw at her stood out. The Taipei girl's deft use of her wrist to control her shots was also admirable.

However, Sindhu was in no mood to give up and the scores once again equalled at 10-10.

The Indian took the lead at 11-10 when Tzu Ying mishit a smash which landed outside. But Tzu Ying drew level and took the lead soon after the lemon break. The Indian's much-admired never-say-die spirit kept her afloat for a couple of more points but her inability to break free proved to be the difference.