India beat Kiwis, replaces Pak as No.1 in Test rankings 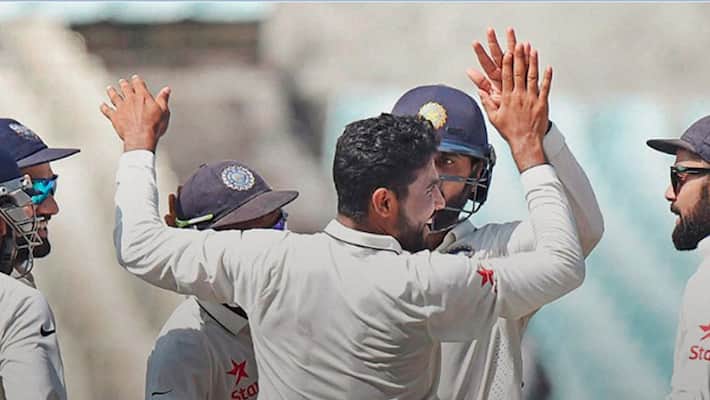 In the second Test of the three-test series against New Zealand, the Indians bundled out the Kiwis on day four for 197 runs in 81.1 overs with all the India bowlers bagging at least a wicket each. Newz Zealanad was chasing 376 runs. The victory pushed India to No.1 in the World Test rankings, displacing Pakistan.

While Mohammed Shami, Ravichandran Ashwin and Ravindra Jadeja picked three wickets each, Bhuveneshwar Kumar had one for himself.

New Zealand opening batsman Tom Latham top-scored for them in the final innings with 74 runs off 148 balls. Along with him, there were just four more batsmen who scored in double digits.

The openers, Martin Guptill and Latham, gave the visitors a good start when they were 55 for no loss after bowling out India for 263 earlier in the day.

India's spin ace Ashwin made the first breakthrough when he removed out-of-form Guptill in the 17th over. The next wicket fell 17 overs later with Jadeja dismissing Henry Nicholls when New Zealand had 104 runs on the board.

Following that dismissal, the BlackCaps kept losing wickets at regular intervals and eventually fell short of 178 runs and gave India an unassailable lead of 2-0 in the three-Test series.

Virat Kohli and Co will retain their No. 1 rank even if the final Test at Indore ends in a draw and Pakistan defeat West Indies 3-0.