Seven new night frogs from Western Ghats; four of them smaller than thumbnail! A team of researchers headed by eminent scientist S D Biju, who is known as ‘India's frogman'  stumbled upon a tiny frog a few years back inside the forests of Pathanamthitta in Kerala during their long amphibian explorations in the Western Ghats. The little frog, smaller than a five rupee coin, found under leaf litter in a shallow forest stream, was one among seven new night frog species discovered by the scientists from the Western Ghats. Four among them make the list of the smallest frogs in the world bigger, making it a very significant discovery.

These miniature frogs were not very easy to find because they hid under leaf beds in the forests and made insect-like sounds that kept these wonderful little beings hidden from the probing eyes of explorers. 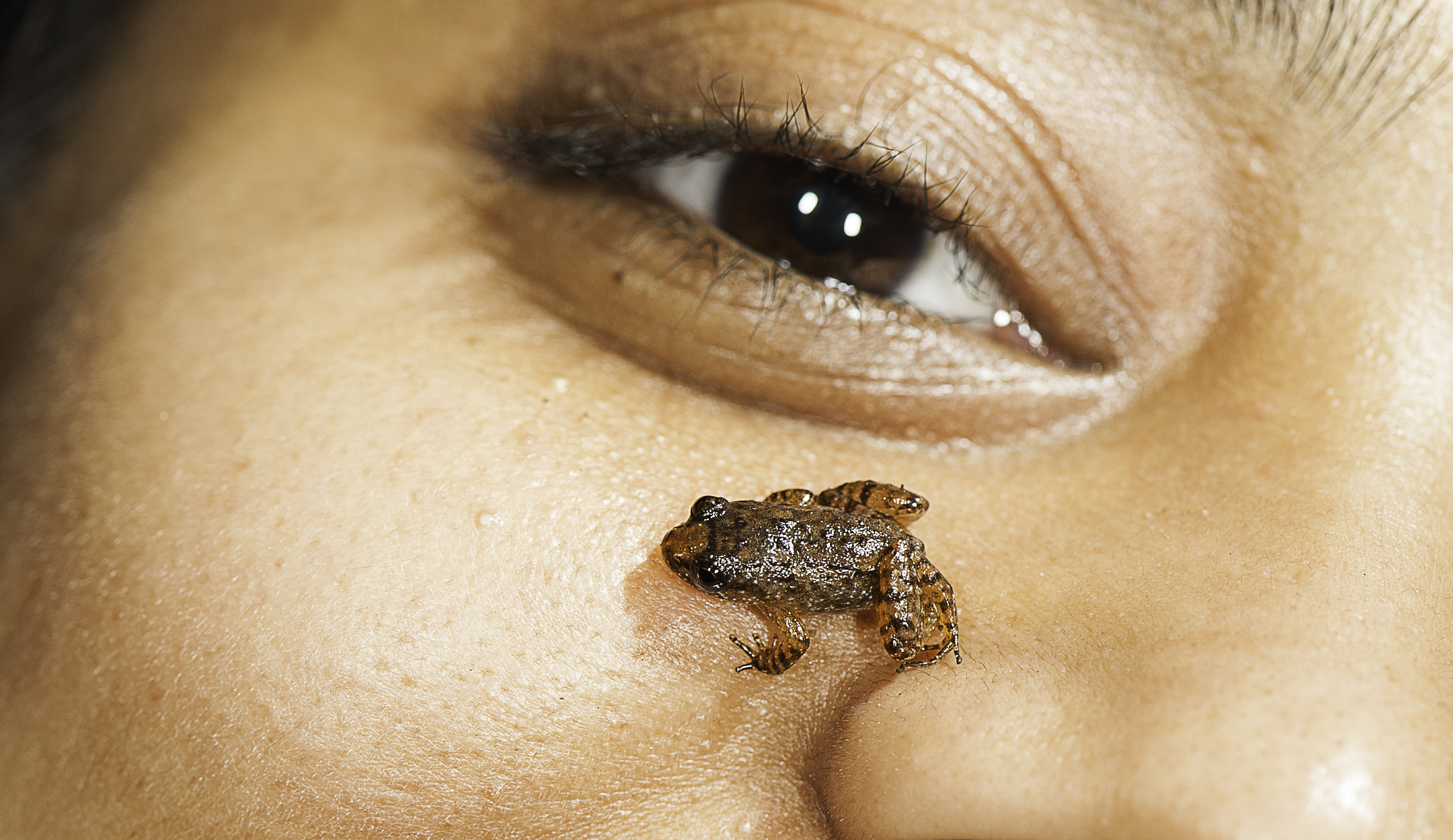 We were surprised by the high diversity of miniature forms, which had probably been overlooked because of their extremely small size, secretive terrestrial habitats and insect-like calls.

Athirapilly night frog is named after the beautiful Athirappilly waterfalls from where it was found. The falls, the environmental activists fear, would be affected and large swathes of forests cover would be inundated if the Kerala government's plans for a hydroelectric project upstream in the Chalakkudy River become a reality.

The strenuous amphibian explorations by the team made the Night Frog group (Family Nyctibatrachidae) bigger, taking the number of recognised species from 28 to 35. "This surge clearly indicates that several more species remain to be discovered and formally described even in recently well-studied anuran groups of the Western Ghats,” the study report stated.

"Interestingly, four new species are also among the smallest known Indian frogs. Hence, our discovery of several new species, particularly of easily overlooked miniaturized forms, reiterates that the known amphibian diversity of the Western Ghats of India still remains underestimated," the study reported.  Until now, only three miniature species were known in the genus.

The team trekked six years in the southern Western Ghats in Kerala and Tamil Nadu and extensively collected specimens and conducted integrated molecular, morphological and bioacoustic evidence to reach the conclusion that seven of them are new to the scientific world.

" We were surprised by the high diversity of miniature forms, which had probably been overlooked because of their extremely small size, secretive terrestrial habitats and insect-like calls," Sonali Garg told PeerJ.

The team conducted field surveys in 2002 and between 2013–2016 in forests of Kerala and Tamil Nadu, in southern Western Ghats in Kerala and Tamil Nadu. The research was part of the PhD programme of Sonali Garg, a student of the University of Delhi. The study was published in the latest edition of PeerJ research journal.

The study once again underscores the ecological importance of the Western Ghats biodiversity hotspot.  ”We are still far from having a near-complete amphibian inventory of this region," Garg noted.

”One-third of amphibians in the Western Ghats are already threatened. Even among the new species described by us, we have observed that at least four are facing serious anthropogenic disturbances," she said.

Paulo Dybala recalls 7 years at Juventus in moving tribute; has a special message for fans