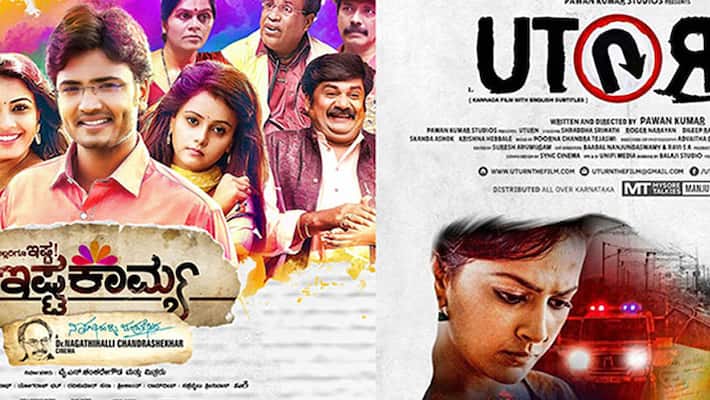 The Kannada film industry is generally dominated by romance or action films which feature clichéd storylines and dull performances.

However, of late big banner movies like Puneeth Rajkumar's Chakravyuha and Golden Star Ganesh' Style King have not struck a chord with viewers. The fact that such tent-pole productions have failed to run 'house-full' indicates a changing taste among Kannadigas.

However, films without 'masala' have generally worked well. These simple stories feature lesser-known performers and have very strong storylines. Whether they are of the romantic, horror or thriller genre, a common thread among these films is the lack of over-the-top 'filmy-ness' traditionally associated with Kannada productions.

The current crop of successful movies in theatres right now bears testament to this.

Taking a cue from the audience response, Sandalwood is now set to release a slew of realistically-crafted movies.

Take for example Karva, whose just-released trailer is generating high expectations. The film is produced by Krishna Chaitanya, who had earlier made 6-5=2, which was also a horror flick and very successful. So successful in fact that the film is being remade in Hindi by Bollywood.

For Karva, the director (debutant Navneeth) is betting the success of the film on how differently they made the otherwise usual 'ghost in a bungalow' plot. Another horror movie named Mummy, with a tag line 'Save me', is also on the cards.

Whether these particular movies work or not, only time will tell. However, they are a clear indication that Sandolwood has begun to expand its horizons.

India gets 7 new defence companies; they already have orders worth about Rs 65,000 crore