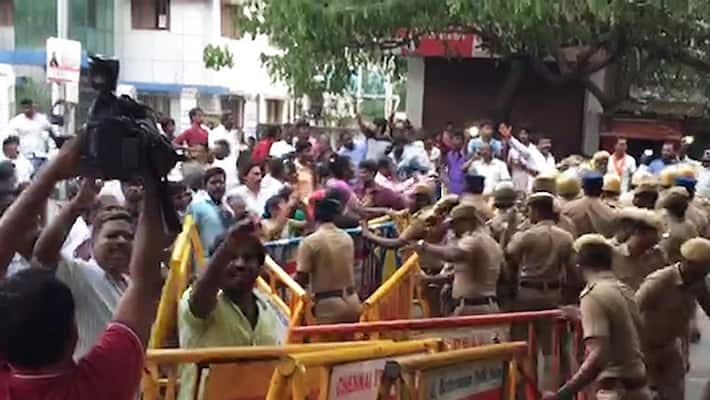 News flashing in some of the channels across the nation have created a violent situation in front of the Apollo Hospital. Supporters of Jayalalithaa are pelting stones at the hospital building.

However, the hospital has issued a statement that Jayalalithaa’s condition is still critical.

Security has stepped up in the hospital premises and the police is finding it difficult to control the crowd there. The policve had to resort to lathi charge to control the violent crowd.