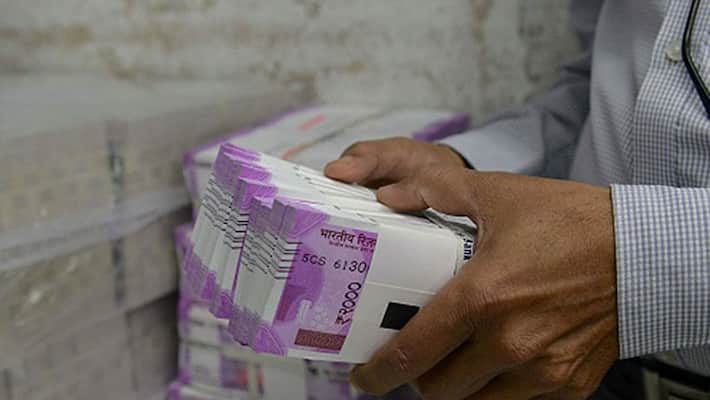 Karnataka, the biggest Congress ruled state in the country, seems to be overflowing with black money. Since PM Narendra Modi announced demonetisation, a number of cases from this state are making rounds of national media.

The most recent case being the IT raid that unearthed  ₹5.7 crore in new currency ₹2000 notes hidden inside a bathroom safe of a hawala operator. As per the IT department, the recovered assets were 28 kg of bullion, about 4 kg of gold and jewellery, ₹5.7 crore of ₹2,000 currency notes and ₹90 lakh in old ₹100 and ₹20 notes.

Early this December, the IT department recovered an astonishing ₹152 crore black money in multiple raids in three days.

Raids in two Karnataka CM’s aides and PWD chief engineers premises uncovered ₹5.7 crore in new 2,000-rupee notes. Apart from this, the IT department recovered bullion, jewellery, and various documents related to movable and immovable property. As per reports, the Anti-Corruption Bureau will seek the details of the raid from the IT department and take necessary actions.

In another IT raid at the premises of the two officials, the department discovered approximately over ₹6 crore currency of which ₹5.7 crore in ₹2000 currency, ₹90 lakh in banned currency, 7 kg of bullion, 9 kg of gold jewellery worth ₹5 crore and 2 high-end cars Porsche and Lamborghini and 2 superbikes MV Agusta and Ducati 749.

In fact, Bengaluru has been the hotspot for IT raids post demonetisation, and according to a Hindustan Times report published on December 1, this city tops the list cities where maximum black money has been recovered since demonetisation with a whopping ₹1,852 crore.

Interestingly, in Bengaluru 27 public bank officials were suspended, and 6 officials were transferred to different non-sensitive posts due to corrupt practices and irregular transactions to help black money hoarders in the city.

The IT raids are still underway, and more is expected to be recovered during PM Modi surgical strike on black money.