Who will marry Kerala Congress next? 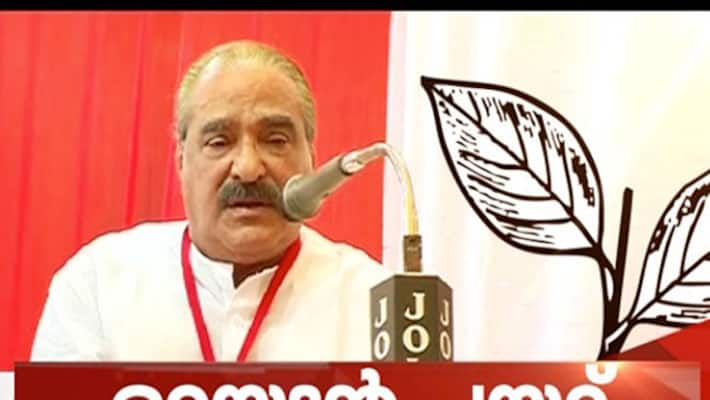 Kerala Congress-M (KCM) and its veteran leader KM Mani have finally pronounced their long-pending decision to sever their three-decade-long marriage with the Congress-led front in Kerala. Judging by the grumblings that proceeded and the war of words between second-rung leaders in the run-up to the crucial decision on Sunday, everybody expected fireworks at the press conference of the KCM.

But what played out at the KCM meeting at Pathanamthitta was a sequel to the usual soap serial stuff - it decided, half-heartedly, for separation and not for a legal divorce. Instead of a bold enough-is-enough snub, we heard sobs and heavy-hearted goodbyes: Mani’s press conference on Sunday was all about you-hurt-me-deep kind of lamenting.

A veteran player in Kerala politics, Mani would be the first one to realise that his ship has grounded between the devil and the deep blue sea. His foremost concern, like any other captain, would be avoiding a mutiny on board. Already adrift in the rough sea, his party, which witnessed numerous splits since its inception in 1964, may not survive another.

With no elections soon, the Congress is not overly worried about Mani's walkout. It did try to make peace with KCM, but they were just customary diplomatic parleys one would expect from a senior partner when one member in an alliance goes sulking. In its heart of hearts, Congress still feels that the KCM is making a hard bargain. Nevertheless,  many Congress leaders are happy that Mani left. “It is the sign of good days ahead for the Congress,” was the first response by Congress leader TN Pratapan.

If  Mani was very particular not to blame the Congress party as a whole by restricting his tirade against a few unnamed leaders (read Ramesh Chennithala), the response from the national party was scathing, cynical and personal. Mani did not name anybody in the Congress for ‘conspiring’ against him and for ‘humiliating ‘ his party. But the Congress leaders were less kind. Having separated and feeling ‘unburdened, ’ the Congress leaders are now at liberty to term the senior KCM leader ‘corrupt.’ Just hours before they used to call him ‘Mani Sir!'

Kerala Pradesh Congress Committee (KPCC) president VM Sudheeran termed the KCM opportunist. UDF Convener suggested sarcastically that the KCM legislators should resign if they cared about political morality. But the young Congress leaders, including VD Satheesan and  Pratapan were quite happy over the separation. Congress mouthpiece Veekshanam termed the decision a ‘thankless one’ and predicted an imminent demise of the regional party.

But where would Mani go from here?

On the record, Mani says that his party will stand alone and keep equidistance from the LDF, UDF and the BJP. But it is anybody’s guess that the influence of Kerala Congress is limited to some constituencies in the Central Travancore, and it may not be successful in winning seats without support from the major fronts in the state.

The Left Democratic Front, with a comfortable majority in the Assembly, is in no need of help from a ‘tainted’ Mani. It will not be easy for Kerala Congress to return to the UDF either.

There are strong rumours that Mani is eyeing a truck with the BJP at the centre and in Kerala. The grapevine has it that the BJP has offered a berth in the union ministry for Jose K Mani, son of the KCM veteran. An alliance with the BJP would be more beneficial to the saffron party, which is vying to woo the minorities in Kerala and above all to wipe off the political stigma the party is facing in Kerala. But it will not be easy for the KCM, with a predominantly Christian worker base, to support the Hindutva party.

Apparently, Mani is making a big political gamble. But in this game, the KCM leader, who has presented the maximum number of budgets in Kerala Assembly, has taken a huge risk.

Asked about the reports of secret talks with BJP and the CPM, Mani chose an interesting parallel. "It is only natural," he said, "many men would want to marry a beautiful girl."

Vicky Kaushal-Katrina Kaif wedding: THIS is how VicKat have reacted to speculations regarding their wedding

Kangana Ranaut's Tejas has got a release date, check it out

Say goodbye to dark circles with these minor lifestyle changes