The benefits of donkey milk 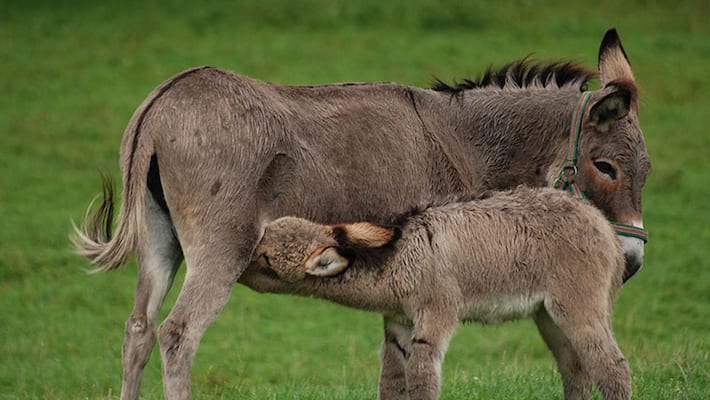 From time immemorial, donkey milk has been hailed as an anti-ageing skin tonic and cure for various ailments. It is believed that the medicinal values of the milk were first heralded by Hippocrates, the father of medicine, who used to prescribe it for various ailments ranging from nose bleeding to snake bite. The milk is trusted to combat fever, liver problems, joint pain, infectious diseases, nose bleeds and even poisoning.

In the UK, during the 19th century, it was sold as an alternative to cow milk. In India, donkey milk is also being given to newborns in various parts of South India, especially in Tamil Nadu and Karnataka.

However, it seems that these benefits are best known to Bangaloreans who are ready to buy the milk for as high as ₹50 per spoon. A recent report which came in Bangalore Mirror reveals that Krishnappa, a native of Kolar, is making a fortune by selling donkey milk at a rate higher than any premium branded dairy milk.

The huge cost owes to the fact that a donkey gives only 100 to 200 ml milk per day. His business is flourishing as it is believed that donkey milk increases the immunity of children and is the best cure for asthma, cough, and cold.

Read more: How much donkey milk are you drinking? This MP wants to know

Even Pope Francis had recently revealed that as a baby he was fed donkey milk as a supplement for mothers milk. It is believed to be suitable for those who are allergic to cow milk. This vitamin-rich milk has anti-allergens and anti-bacterial protein which regulate the immune system. It is also believed to cure allergic issues like bronchitis and asthma and skin issues like eczema and psoriasis.

The use of donkey milk as a beauty product is even more fabled and the legend is that Egyptian queen Cleopatra used bathe in it. The milk is believed to erase facial wrinkles, maintain the whiteness of the skin and to make it more soft and supple.