Is this the buffest-looking kangaroo you have ever seen? 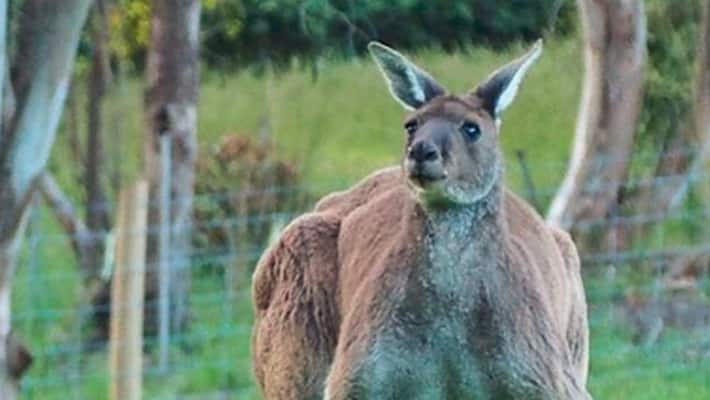 When you think of kangaroos, you think of cute looking marsupials. However, this one seems to be the exception to this rule; and a second one to boot.

According to a Mashable report, the photograph was taken by William Thomsen in Albany, Western Australia.  Thomsen also said that other kangaroos had run away when he approached the herd. We don't blame the other kangaroos, to be honest.

This is not the first time, a buff-looking kangaroo has made its appearance in Australia. Earlier this year, a swarthy looking kangaroo made his debut at  The Kangaroo Sanctuary in Alice Springs.

Roger's favourite game is crushing his feed bucket! Roger is our alpha male kangaroo, he is 10 years old, height 6ft 7, weight 200 pounds and 100% muscle. I raised him from a tiny orphan baby kangaroo. #rogerthekangaroo #kangaroo

A photo posted by Home of Kangaroo Dundee (@thekangaroosanctuary) on Aug 5, 2016 at 4:59pm PDT

Numerology Predictions for July 1: Here's what you can expect today as per your birth number

Monthly Horoscope Predictions for July 2022: Here's how your month would be