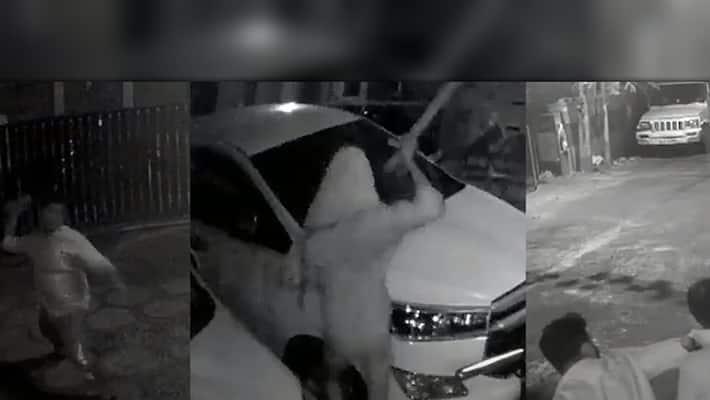 The BJP state office in Thiruvananthapuram was ambushed by armed persons, allegedly CPM activists, in the wee hours on Friday.

Several vehicles, including that of party state president Kummanam Rajasekharan, were vandalised in the attack, while some men pelted stones at the building. Kummanam was present at the office at the time of the incident.

The BJP has released CCTV visuals of the attack. According tot it, the attackers came on three motorbikes around 1.40 am and barged into the office premises. They smashed the window panes of around six cars parked inside the compound, including one that belonged to Kummanam.

Friends, I am safe- they couldn't kill me this time too.Each attack serves to strengthen our resolve in fighting #LeftistTerror https://t.co/gOKiXpCQlm

Museum station SI and five other policemen were stationed at the office but they could not stop the attacks. When a policeman tried to prevent the attack, the attackers beat him up.

"This is a planned attack and it was unleashed by the CPM after coming to know that our state president was staying overnight at the office," party general secretary MT Ramesh told the media.

O Rajagopal, BJP's lone legislator in the state Assembly, said that the visuals showed the role of local CPM councillor IP Binu in the attack.

A case has been registered and investigation is underway, the police said. This is the second time the office in Thycaud has been subjected to attack. A bomb was hurled at the office back in September.