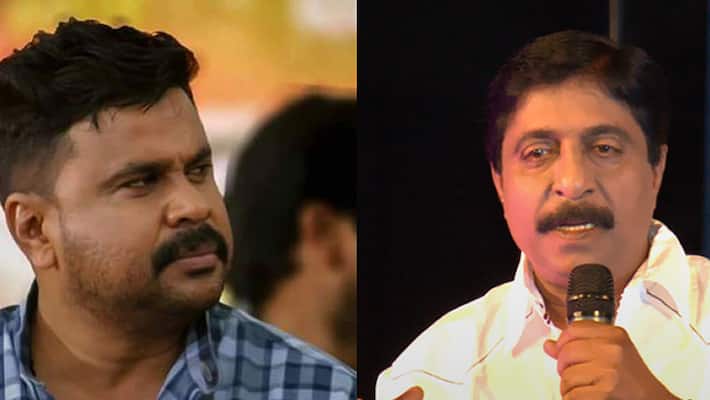 Thespian and veteran screenwriter Sreenivasan has spoken in favour of actor Dileep, an accused in the Kochi actress attack case.

Dileep was arrested on charges of conspiracy on July 10 and is currently lodged at the Aluva sub-jail. However, Sreenivasan said he believes his fellow actor would not commit the "blunder" of giving a quotation to harass and record the visuals of a colleague.

“It is my belief that Dileep is a man who has common sense and he would not commit such a blunder. I don’t want to say anything more since the matter is under investigation and in the court," Sreenivasan said on Thursday while speaking to mediapersons after visiting the Onattukara Coconut Oil factory near Kayamkulam in Alappuzha.

Does this statement by Rimi Tomy prove Dileep was lying the whole time?

Sreenivasan's comments have come as a bit of a shock as the police and prosecution have reiterated that Dileep was involved in conspiring the attack. Both Angamaly judicial magistrate court and Kerala High Court had rejected Dileep's bail plea and sent him to a further two weeks' judicial custody earlier this week, hinting there is solid evidence against the actor in the case.

Even the AMMA, which had defended Dileep before, suspended the actor from its primary membership after his arrest, while several actors, filmmakers and technicians spoke up against him.

This is not the first time that Sreenvisan has made controversial comments regarding the actress attack case. He had slammed the general public for their "concern" in the case during an interview earlier this month.

"Who is this general public? Why are they so interested in this case? Why are they concerned about the victim more than her colleagues at AMMA? That itself is a farce," the actor had said, causing an outrage.