Will these films help police link Dileep and Kavya Madhavan to Pulsar Suni? 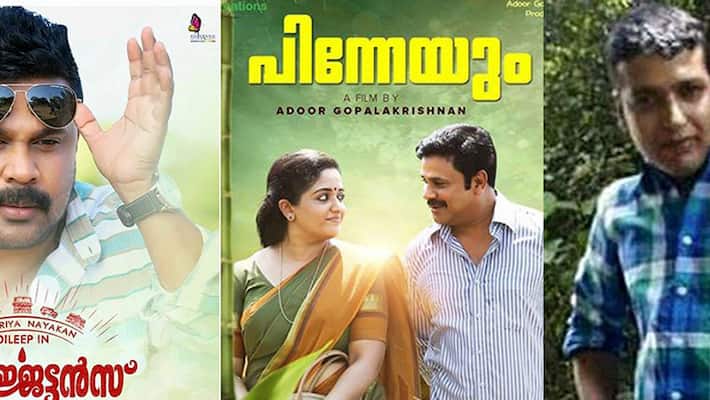 The police are looking to unearth more evidence to prove star couple Dileep and Kavya Madhavan's association with Pulsar Suni, the prime accused in the Kochi actress attack case.

The move comes after Kavya gave contradictory statements to the probe team regarding Suni. The actress told the police that she does not know Suni but the probe team found evidence that the two were together on the sets of several films.

Dileep and Suni were found have met on the sets of at least 10 films, between March 2013 and November 2016, and some of them were the ones that Kavya was also part of.
There are also reports that Suni had worked as Kavya's driver for around two months.

With the police preparing to question Kavya again in connection with this, let's take a look at the potential film sets where Dileep and Pulsar Suni could have met. In the letter he sent to Dileep from jail, Suni had mentioned that he hasn't revealed anything about the matters they discussed from the sets of Sound Thoma to Georgettan's Pooram. The police claim that the conspiracy started way back in 2013, after Dileep and the actress had a public quarrel during the rehearsal of an AMMA event. It is understood that Dileep believes the actress played a huge role in his ex-wife Manju Warrier's decision to leave him and has been holding a grudge against the actress for years. Looking at Suni's letter and the time frame from the police case diary, Sound Thoma could be crucial to the case. The police could look to evidence from the film's sets and shooting to see if Suni was present there. Pinneyum was the only film in the time frame where Dileep and Kavya had acted together. With some reports claiming Suni had acted as Kavya's driver for two months, and Kavya not being involved in many films in the last few years, the question that who drove Kavya to the sets of Pinneyum becomes important. With the involvement of two of the accused and a suspect from the actress attack case, the low-key sets of Adoor Gopalakrishnan's Pinneyum, which was away from the media spotlight compared to Dileep's other films, gains importance to the probe.

Georgettan's Pooram has already been in the news after photos featuring both Dileep and Suni were found from the sets. The film, which went on the floors last year and released this April, was understood to have been the place where the final stages of conspiracy took place. Reports claim it was on the sets of this film Dileep that confirmed the quotation and instructed Suni regarding the visuals he needs. Info from film's sets has already proven as a massive lead in the probe but there could be more.

Meanwhile, She Taxi and Aakashvani were the two films Kavya was involved in during the time frame, apart from Pinneyum.