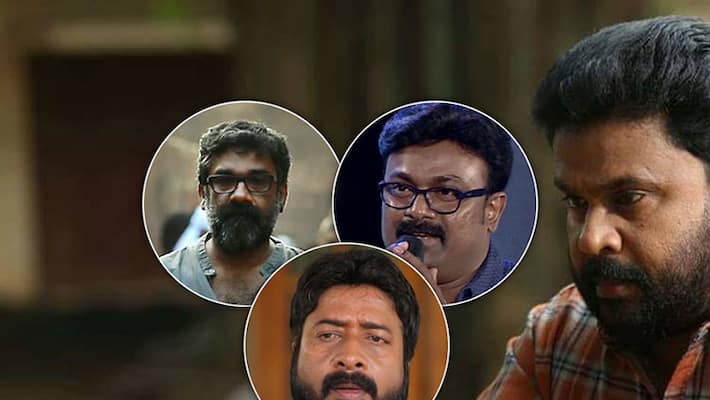 Several celebrities from the Malayalam film industry visited actor Dileep, who is under remand in the Kochi actress attack case, at the Aluva sub-jail on Sunday.

Director Ranjith Balakrishnan, actors Harisree Ashokan, Kalabhavan Shajohn and Suresh Krishna were among the people who visited their colleague in jail on the eve of Thiruvonam.

Did police force Nadirshah to give statement against Dileep?

Ashokan is a close friend of Dileep and knows the actor and Nadirshah since from the time they were mimicry artists who performed on stage shows, while Shajohn is also very close to the actor.

Shajohn arrived at the jail around 10 am, and was followed by Ashokan and Kalabhavan George an hour later. Ranjith and Suresh Krishna visited Dileep at around 4 pm.

Each person met and spoke to Dileep for around 10 minutes. This is the first time that the actor's colleagues from the film industry, apart from Nadirshah, are visiting him since his arrest around two months ago.

Actress and Dileep's wife Kavya Madhavan and his daughter Meenakshi had visited the actor on Saturday evening.