Did seers of Siddganganga and Suttur mutts back demand for separate religion tag for Lingayats? 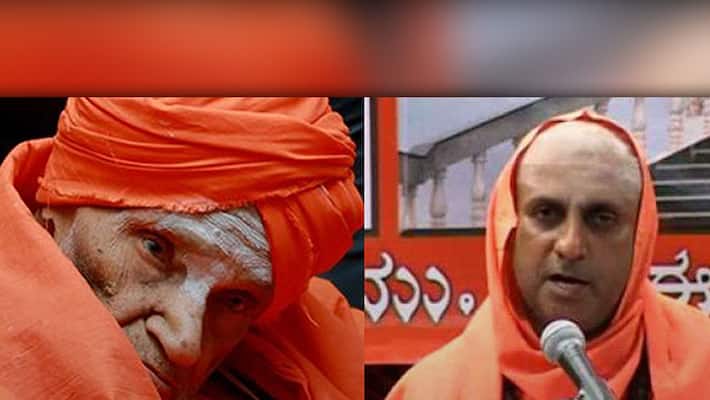 The silence of 102-year-old Shivakumara swami from Siddaganga Mutt and Shivarathri Deshikendra swami of Suttur Mutt has left the Lingayats in lurch.

It may be recalled here that Basava Jaya Murthyunjaya swami of Panchamsali Peeth had told reporters in Bengaluru that the two influential pontiffs had backed their demand for separate religion status. Quoting Siddaganga mutt junior seer he had said that the Siddaganga mutt owed its existence to the Basavanna, the 12th century reformer, hence the mutt would support their call. This was echoed by former bureaucrat and Linagayat Mahasabha co-ordinator Shivanand M Jamdar too.

According to reports, the two mutts have been witnessing busy meetings by Panchamsali peeth seers over the past few weeks appraising the senior seers of the movement and seeking their approval.

In fact, it has been two months since the group led by Mathe Mahadevi has been demanding for the separate religion status for the Lingayat. Even chief minister Siddaramaiah has assured them to take their demand to the Centre. But, the BJP has distanced itself from the whole issue.

But so far neither Siddaganga mutt seer nor Suttur mutt seer have made their thoughts public, yet. This has certainly kept the Lingayat community in a state of utter confusion. It is being said that the seers do not want to take a stand in public as it would further divide the community. But their silence too is not helping in resolving the vexed issue.