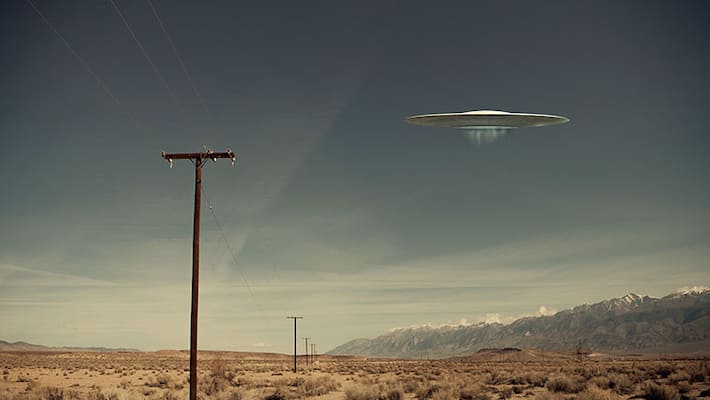 Residents of Antur-Bentur in Gadag district are scared to come out of their homes these days. They want someone to accompany them, if they step out their homes - at least after sunset. Their apprehension is palpable and the result of huge footprints being found in their fields, which they say are of aliens, reports Kannada Prabha.

On Sunday night, they reportedly heard some strange sounds and woke up to dogs barking in the village. Many of them stepped out of their homes, in case the noise was from a thief. But they could not spot anyone, and the dogs continued to bark. The next day, to their horror, some of the villagers found huge footprints in their fields.

At first, they thought it could be the marks of some animals. But the foot marks were at least half-foot wide and one-foot in length - which rules out of any animals they know of. The prints were found at a gap of four to five feet each, reports Kannada Prabha.

To make matters more interesting, forest department officials who visited the spot clarified that the foot marks did not belong to any animals they knew of, adding to the shock of the villagers. The residents now feel it is the work of aliens. However, no officials have confirmed this...yet.

In fact, this is not the first time that rumours of extra-terrestrial beings have been heard in Karnataka. Earlier, residents of Periyapatna in Mysuru district had claimed to have sighted a UFO and a humanoid figure in 2015. A few residents claimed that they saw the UFO while they were working in their fields. Some of the women too had reportedly claimed that they saw a red spacecraft with sparks and flashes that emerged from the skies.