Why did India let a former ISIS soldier from Kerala roam free for a year? 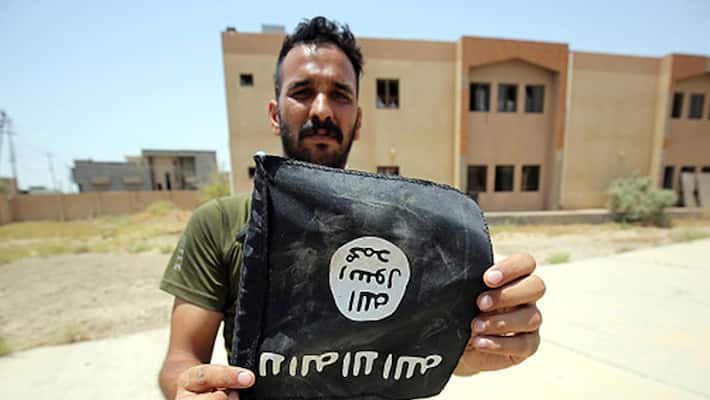 In a revealing press note, the National Investigative Agency (NIA) announced that it had arrested a suspected ISIS operative who possibly conspired terror activities in the country and was planning to collect chemical explosives from cracker manufacturers in Tamil Nadu.

Subahani Haja Moideen, a resident of Tirunelveli in Tamil Nadu, was arrested by the NIA on Wednesday.

As per his own confession, the accused was recruited by the ISIS through social media platforms. He had left India for Istanbul from Chennai last year on the pretext of performing 'Umrah' - a visit to Mecca, the NIA said in a statement.

After reaching Istanbul, he crossed over to Syria. But after two weeks of war with the ISIS, he apparently had enough of the real thing.

Fighting for God is one thing, but the reality of war seemed to be too much for Moideen, who claimed that he was deeply affected after two of his friends were charred by a shell burst.

Jailed by the ISIS, Moideen claimed they released him 'for unknown reasons' and he later crossed back into over to Turkey from where he contacted his family with the help of the Indian consulate in Istanbul.

He arrived in Mumbai after a gap of six months in September last year on an emergency certificate and returned to his ancestral home and his wife. He later managed to get a job at a jewellery shop at Kadayanallur.

"However, once back and settled, he again got in touch with ISIS handlers over the Internet and was planning to collect explosives and precursor chemicals from Sivakasi at their instance.

"He had travelled to Chennai, Coimbatore and other places to meet other local contacts in the conspiracy, collect money and procure explosives for terrorist acts as guided and motivated by ISIS handlers," the NIA said.

This tale, if true, should send chills down the spine of those of us who were probably intended to be his victims.

His story, the one he seems to have fed every Indian authority he met from Istanbul onwards, seems far-fetched.

Why would the ISIS, which burns alive women who refuse to be sex slaves, simply release this reluctant Jihadi?

Was it not considered that someone who left a happy and secure life in India to fight an Islamic war in Syria will probably always remain a threat?

It seems beyond belief that, as per the NIA's own report, he managed to not only return to happy domestic bliss for a year but also find a job and then have the freedom to roam around plotting more terror.

Perhaps it should be considered that if a citizen of this country abandons these lands to fight as a mercenary in Syria, he or she has fundamentally given up the rights enjoyed by the people of India.

If he had managed to pull off his plot, who would be responsible for the lives he took in his fanatism?

Intelligence is needed for sure, and the need of the hour is to track as many of such persons as possible and bring them to India for interrogation.

But it boggles to mind to consider that he had been let free. Once the Embassy in Turkey had flagged him as an 'Isis return', he should have been flagged and arrested the moment he set foot on Indian soil.

Rehabilitation is one thing, but it should not come at the cost of peaceful citizens who have done no wrong.