Why the Democrats, and even America, need Hillary 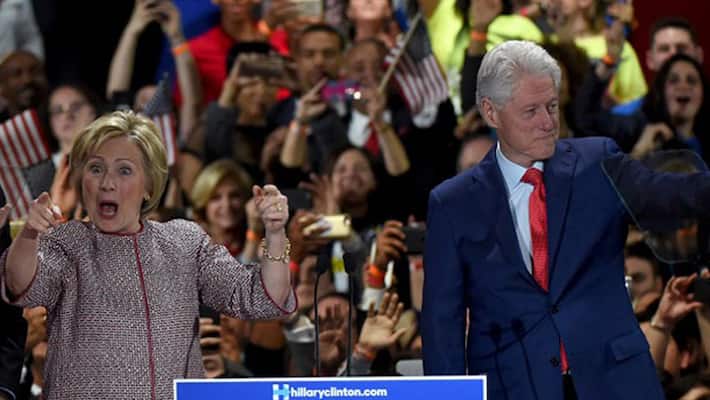 It was an unnerving New York Primary, with 247 pledged delegates for the Democratic Party and 95 for the Republicans. Hillary Clinton won the Democratic presidential primary in New York on April 19.

It was a close call with 59.3% votes and Sanders with a 40.7% votes. And on the other hand, Donald Trump won this primary as the Republican candidate, as it was on his home state too.

Hours before the polls, the media had gone rife discussing how Bernie and his team were a bit off colour, understanding this would be a closed primary for them.  Sanders had altogether predicted the win for his rival by saying, “Virtually the entire New York Democratic establishment is standing with her”.

This verily sets the tone for the choice of Presidential representatives for both the parties. The Presidential primaries as well as caucuses have revealed a standoff between voters and delegates.

Between a twitter pressure of social media chatters, and neighbours and friends fighting with one another based their political choices, the 2016 primaries have taken the game of political voting to the future. The choices of this year’s maverick candidates as representatives reveal the mood.

Online discussions bring why Hillary to the table.  “The reason why Hillary is the candidate is because she is not Bill Clinton and she has said clearly and often that she is NOT running for Bill Clinton's 3rd term. Her reference point is the recent experience she had as Secretary of State in the Obama administration. Hillary has shown that she has an open mind. Open to growing and learning and adapting. She is smart, capable and effective. She works hard and takes nothing and no one for granted,” says a post.

The reason why Hillary is the candidate is because she is not Bill Clinton and she has said clearly and often that she is NOT running for Bill Clinton's 3rd term. Hillary has shown that she has an open mind. Open to growing and learning and adapting. She works hard and takes nothing and no one for granted.

With the same breath Rishi T, NYC, says, “Bernie is exhilarating, but he will be ineffective with Congress. The nation cannot go through another four years of do-nothing legislature. He cannot do much by fiat. The banks are beyond his immediate control. He can bother them but he cannot break them up.”

Another voter from down California, remains anonymous says, “Hillary Clinton, she is very politically connected and will rely on all tactics to win the elections. There is no way Bernie will get those delegates on his side. She has been working with them forever.  She is also obsessive about covering her tracks.”

The Benghazi attack and the leaked classified information that had become public knowledge are a controversy that has plagued Clinton throughout her run. These were a series of email exchanged through use of non-official accounts, between The Secretary of the State Clinton and the Defense Secretary Ash Carter.  This Opposition used it freely when the possibility of her nomination to the presidential race was beginning to get real.

The voters have it on pulse. Dickinson C. Colorado, says, “Bernie is the outsider. He has not been a democrat per se but attended only caucus. However, the Clintons have been working on this run for decades with them.”

Now getting to this huge upset for Bernie, and why the DNC does not favour him has multiple colours.  He is foremost not a real Democrat and does not seem to care if he takes down the Democratic Party and hands this election over to the GOP, or so most allege. Clinton, on the other hand, has promised to rebuild the party and has begun making good on the promise.,

Bernie, by contrast has not shown much concern for the very real crises of the party, beneath the presidential level.

And even if, in some parallel universe Bernie won the elections, he would not be able to govern effectively. He would not be supported in the Oval Office, plus he would inherit Obama's Congress. The very President, whom he has criticized before and with whom he shares the same principles - the apathy towards big-dollar contributions, whereas Hillary brings in that contribution to the party.

For a fact, actor George Clooney had a fund-raiser party for Hillary last week and the cost of the invite was $353,000 per couple. This Clinton’s campaign pointed out the lion’s share of the cash would go to help Democrats regain majority in the Senate and chip away at the Republican’s majority in the house.  And this is exactly what the beleaguered DNC needs. Someone who can push the envelope literally.

The reality, of why Hillary is supported and will probably get to be the First Women President of USA, is not just her political affiliation but, that her agenda is also sound –  supports the minimum wage increase, Tax reform, and Wall Street reforms, in fact her reforms of Wall Street and the banks would go probably go farther. Unlike Bernie she wants reasonable gun control, she wants to build on the ACA not get rid of it, and her proposals will NOT result in a tax increase for the Middle Class.

The race is on. Even though the word on the street is that Clinton will be the winner eventually by virtue of having more delegates than Sanders and is the Democratic National Committee favourite. Politics is like a game of cricket, till the last minute, no one can predict the outcome.

Anjou DurgaGiri is newsable.com's editor-at-large, currently living in Kansas City. The views expressed here are her own.