Let's talk sex, shall we? 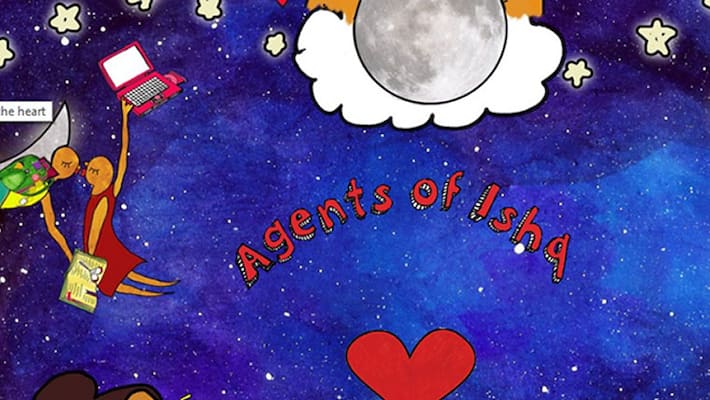 When was the first time you had an orgasm?

Or did you even know what you experienced was an orgasm?

Do you know what consent means?

When was the last time you said no to unprotected sex?

How did you react when your 13-year-old son told you he was gay?

We talk about sex a lot, but we often tend to ignore such basic questions and end up subsuming violence under the beautiful act of sex. According to Paromita Vohra, a Mumbai-based filmmaker, whenever we talk about sex, we speak of violence, morality, the danger, and even about it being ‘cool’.

“But what we fail to talk about is safe sex; we don’t talk about consent and we don’t talk about the different ways of being sexual. In short, we do not discuss sex in a positive, pleasurable and healthy way,” she says. With that in mind, she launched Agents of Ishq (AOI), a quirky online portal, which works exclusively towards "giving sex a good name."

Vohra realised that one cannot decrease sexual violence by being violent in speech and by only talking about violence. "We have to counter violence with something positive. And therefore, we realised the need for space where people can have information, where people can read other people's thoughts and most importantly they can feel comfortable entering that space without feeling threatened," she adds.

In a country where there is no sex education and where people are getting all their sexual knowledge from pornography and the misinformed, Vohra sensed the need for an artistic platform where people can talk about sex, love and desire in one place and not in separate boxes." It was important to open the doors to a more complex and life-like discussion about sex," adds Vohra.

With a team of artists, she made the website a cool space where you have Munna, the condom, to deal with your queries regarding contraception-

Vohra says that most of their content these days is being outsourced to schools and organisations to make people realise the importance of Comprehensive Sexual Education (CSE) in the country.

"CSE looks at the mind, body and heart. It is not enough to teach them that a sperm fertilises the egg. When people are growing up, they have a lot of emotions, feelings and doubts and CSE should equip them with the ability to understand safe sex, their sexual personalities and the need to respect other people's sexual choices," adds Vohra.

According to a report by Population Council study on Youth In India, almost 70% of the women in India don't know that a male condom can be used just once, which is a warning in itself about the increasing rate of sexually transmitted diseases in the country.