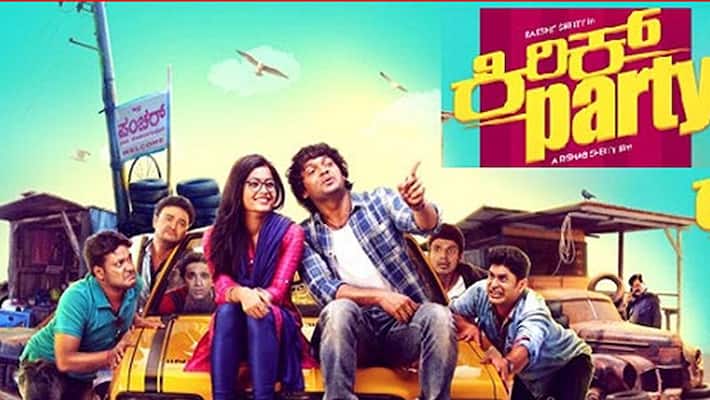 Dangal lost, Kirik Party won: Kirik Party was a triumph at several levels. While industry people were pitting Salman Khan’s Sultan against Aamir Khan’s Dangal; Kirik Patry emerged as a victorious wild card entry. Beating the unstoppable media hype and relentless fan frenzy around Dangal, this Rakshit Shetty film became a surprising sleepover hit. In fact, it was quite surprising to see longer queues for Kirik Party than for Dangal at many of the multiplexes in Bangalore. People seemed more willing to pay and Kirik Party over and over again. Film in USA: Ever since the release of this slice-of-life, refreshing film; Kannada cinema lovers all over the world have requested the makers to release the film in USA too. Within two days of the film’s release, Twitter was flooded with tweets urging makers to bring Kirik Party to USA.

Superstars go gaga over it: And not just the aam aadmi, even the who’s who of the industry have been in awe of this heart warming tale. Nivin Pauly, Prakash Raj, Samantha Ruth Prabhu took to Twitter to express how they were awestruck by the brilliant plot and execution.

Hits box-office jackpot: Ever since its release the film has taken the box-office by storm. Not only has the film effortlessly moved out of the cocoon of the Kannada film industry but has also set the box office on fire. Touted as the finest Kannada film of the year, Kirik Party, has joined the elite Rs 10 crore club quickly. And rearing to go! Daily Horoscope for September 30, 2022: Aquarius to have a great day; Sagittarius, Aries be cautious

Numerology Prediction for September 30, 2022: Here's what you can expect today as per your birth number

Viral video: Thief hangs from train window in Bihar as passengers catch him while stealing