If my Superstar's film flops, I'll jump into fire 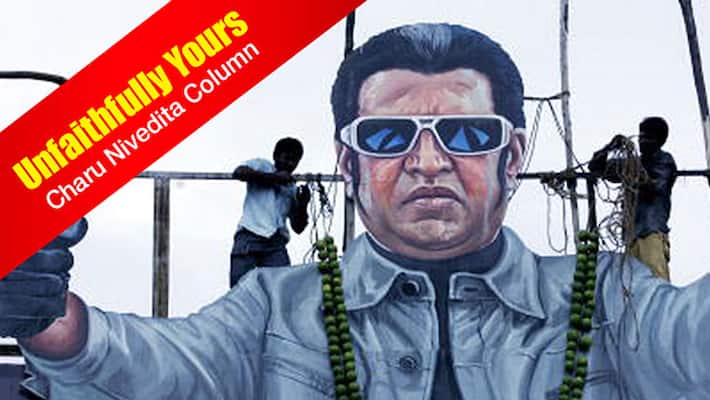 In the recently concluded assembly elections in Tamil Nadu, the one loud call we heard from multiple quarters was: 'O people, don't take money from politicians to sell your vote.'

Let's look at the those who issued this clarion call. First, there was the Election Commission, then film actors, public intellectuals and media organisations.

The Election Commission had lost all moral authority to say this. In these elections, the EC was not a watchdog. It performed the role of a passive observer. One wonders if this was indeed the institution that somebody like TN 'Alsatian' Seshan once helmed.

In these elections, the EC was not a watchdog. It performed the role of a passive observer. One wonders if this was indeed the institution that somebody like TN 'Alsatian' Seshan was once helmed.

Film stars who command nothing less than Rs 10-20 crore for a movie have an even lesser moral case to make against citizens taking a vote-bribe. This is not a diatribe against my 'Superstar'. Who, you ask. For me there's only one 'Superstar' in the world! 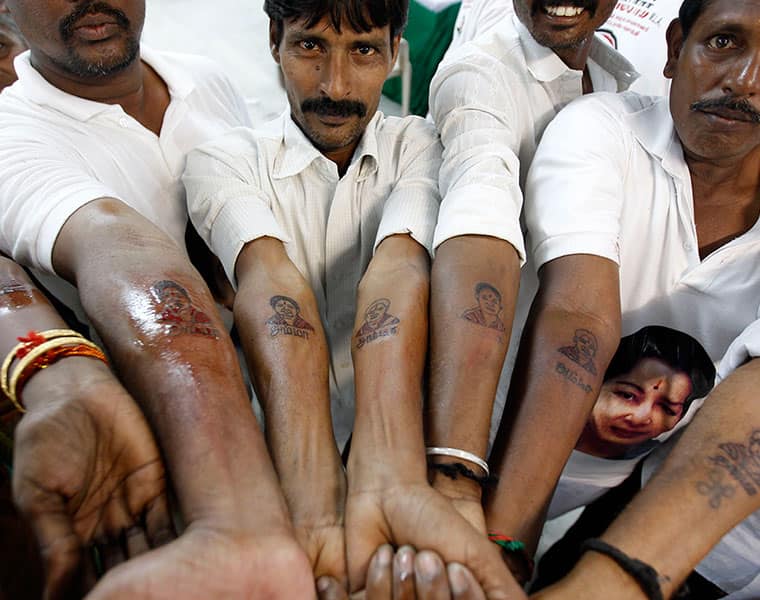 If you look at people employed in the marginal sectors--the municipal workers, fuel station attendants, or gas cylinder delivery men, or even the daily wage, temporary staffers employed by the state government--they subsist on an average monthly wage of Rs 4000 or thereabouts.

The postal department where I worked for several years, there were thousands of temps earning Rs 200 a day.

Slightly higher on the pyramid are school teachers whose monthly income ranges from Rs 5000 to Rs 15000. The primary objective of the urban poor is somehow turning their progeny into trees that yield money.

Even before the child comes out of the mother's womb, they start planning for the upkeep of this 'cash crop'. That's because you need to cough up Rs 5 lakh (in cash, without receipt) just for admission to play schools these days.

With expensive private education being a distant dream, this is how a typical low income group parent thinks: 'Because I don't have the money, I've put my child in a corporation school. My son is pure as a bar of gold. He was once suspended for beating up his teacher, but otherwise he has managed to keep away from any hanky-panky, unlike my friends' kids. Some of them, even at this young age go to the extent of molesting their teachers under the influence of alcohol and land themselves in juvenile homes. When he finishes school, I somehow need to rustle up the Rs 5 lakh to send him to Dubai. Once that happens, I can buy two houses here. Then life'd be a breeze. I hear there are lots of Malayalees in Dubai. That shouldn't be a problem. He can pick up the language double quick at the neighbourhood Nair tea shop.'

The middle class holds a slightly different view on the matter. The money spent on children is an investment. Poor return on investment (RoI) is intolerable. 'How can you not study hard when I'm spending so much,' goes the usual refrain.

Money is the basis of life. Everything can be bought. Money can open the doors of heaven. The school is merely a place that trains you to make money.

The lot of girl children in middleclass homes is even worse. June after June, Tamil newspaper front pages are filled with mug shots of district, zone, state topping girls. Whatever happens to them after a few years? Inevitably, they turn into idli-dosa makers and child bearers for the male money minting machines. If you ask me, I'd say educating girls is a useless exercise. 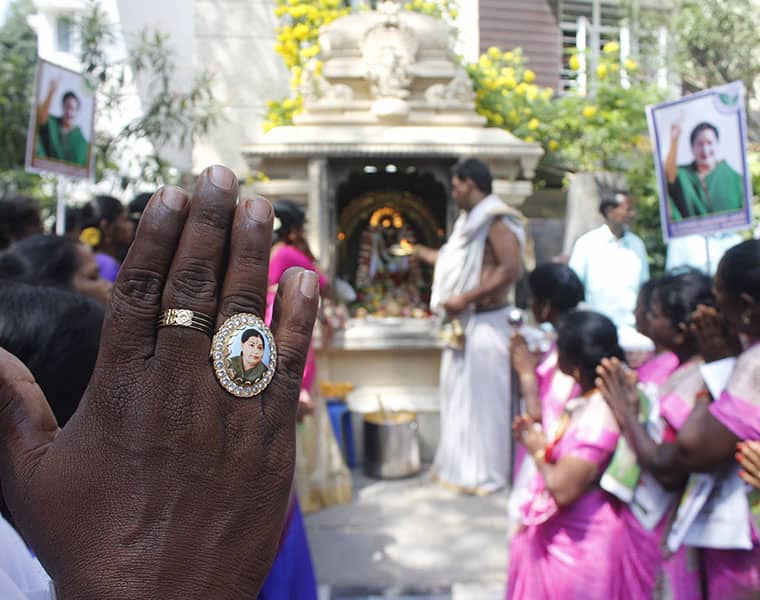 In short, in the modern Tamil life, money not only lends meaning, but also determines the worth of all human activity. That being the case, isn't it absurd to tell us not to take money?

You may have heard of Tiruvalluvar. He divided life into aram (wisdom), poruL (the material) and inbam (love). We Tamils continue to follow Tiruvalluvar, but have tweaked his teachings to suit our times and mores.

We have fused wisdom and the material. We pray to God for the material, and hope that He retains the wisdom bit. That's why these days temples, especially those renowned for wish granting powers, are chock-a-block.

What about love? I feel queasy saying this, but let me say it anyway. That's available on a 70MM screen in a dark cinema hall where the 60-year-old hero cavorts with a 16-year-old girl in snowy Switzerland (what if he's 60? The artiste never ages!).

Very soon, on July 1, if all goes well, our 'Superstar's next film releaseth. Just thinking about it gives me gooseflesh.  There's work to be done in readiness for D-Day. Giant 60-feet cutouts of the 'Leader' have to be erected.  Earlier, we'd bathe the giant plywood likenesses of our God in milk. The times they are a-changin. Now, amber beer is the preferred abhishekam beverage.

The film will be a guaranteed hit, unlike the last two guaranteed hits that flopped.  In the unlikely event of it bombing at the box office, I shall immolate myself.

The act of self-immolation is the proud heritage of the Tamil race.   In days past, we set ourselves on fire to fight the imposition of Hindi. Now we do it when our Dear Leaders are inconvenienced-sent to jail for corruption.

The act of self-immolation is the proud heritage of the Tamil race.  In days past, we set ourselves on fire to fight the imposition of Hindi. Now we do it when our Dear Leaders are inconvenienced-sent to jail for corruption. When Jayalalithaa was sent to jail once, a bus was torched and three schoolgirls were charred to death.

Then there was this guy who chopped off his tongue and dropped it off in the Tirupati hundi when Amma once lost an election. I know readers in other states must be wrinkling your noses. Listen, we are a passionate people. Stuff happens in moments of frenzy.

But then, didn't Amma reward him suitably with cash for his great penance? I merely follow in the footsteps of my illustrious fellow Tamils. Ergo, if my 'Superstar's film flops, I shall lunge into the inferno.

Postscript: Don't think this the rant of an illiterate. I have a PhD on the films of 'Superstar'. When he does indeed enter politics, I shall be made the vice-chancellor of a university in Tamil Nadu. Beware!