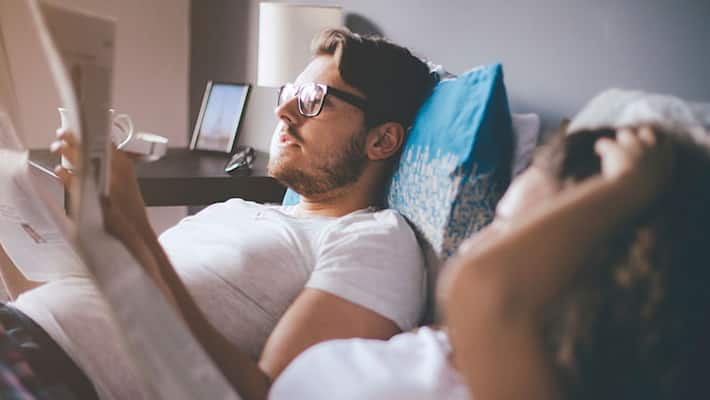 We're housesitting for friends in Goa this month, and I already have a favourite spot in their home. It's the L-shaped couch, piled high with pillows just across from a large flat screen TV. I admit the TV is the reason for my favouritism, at our home, it's a laborious process involving downloads, streaming, small laptop screens, or, if we're not feeling lazy, taking down the large painting on the opposite wall from our couch, pulling down the shades and putting on the projector. Here, this TV is already hooked up to the internet, and—and—my friends have a Netflix account. It's like when you go to a hotel and switch through their channels to see what they have, except here there are no ads, and a lot of things you want to see, and you can pause and continue where you left off and so on and so forth.

I personally haven't “had a TV” in over seven or eight years. But now, that's seeming like empty words. You can't say smugly, “oh I don't have a television set” the way you used to be able to, when your television set is your laptop, and the internet is your set top box. We work from home, my partner and I, and so our date nights are, more often than not, the two of us, with take out food and a TV show. Sometimes we watch movies, we did try an experiment with a movie review notebook where each of us got to suggest a film and then we rated it, but with this being the golden age of television, more often than not, it's a TV show that we bond over, addicted by the ease of it. There's even a German word for mindlessly watching something: glotz. I do a lot of glotzing.

Does that seem unromantic? It's not as romantic as sunsets on the beach or a candlelit dinner for two, but there's a certain charm to being next to someone, your feet on their lap, as you catch up on shows you both love.

Also read: Ghosts are everywhere in this social media world

We bonded over the cliffhangers on Game of Thrones, held our breath through Breaking Bad, named our WiFi connection after an inside joke on The Good Wife, stayed in on a rainy hill holiday watching Bojack Horseman and rewatched many old favourites together. Cosmos makes us talk about physics, a subject he knows more about than I do, and I've introduced him to the fun of judging people's creations on Project Runway.

There's romance in reading in bed together, but reading, in itself, is a solitary activity, even if you're lying right next to someone else. With TV shows, we're sharing an experience. And that always brings people closer together.